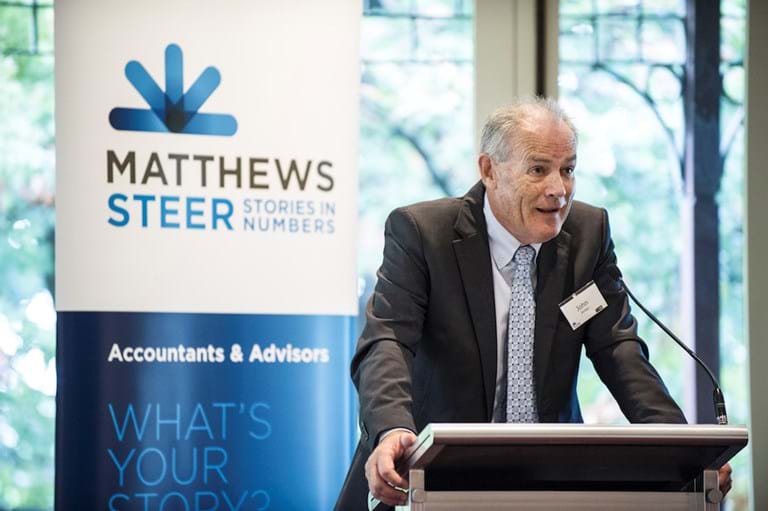 From a working class background, Jordan earned scholarships throughout his scholastic career, graduating from Melbourne University with Honours in Law. He then built his career as a barrister, and a QC before advancing to the position of judge in Melbourne’s County Court.

Jordan regaled our breakfast guests with tales from his years on the bench and also shared the moving story of his uncle, after whom he was named, who was lost on the Kokoda trail during WWII.

As a prelude to our Kokoda Gala fundraising breakfast coming up in August, Victoria Police’s Tony Langdon also spoke at our March Success Stories Breakfast, sharing a video from one of last year’s participants in the trek.