Unwrapping the future of the North West 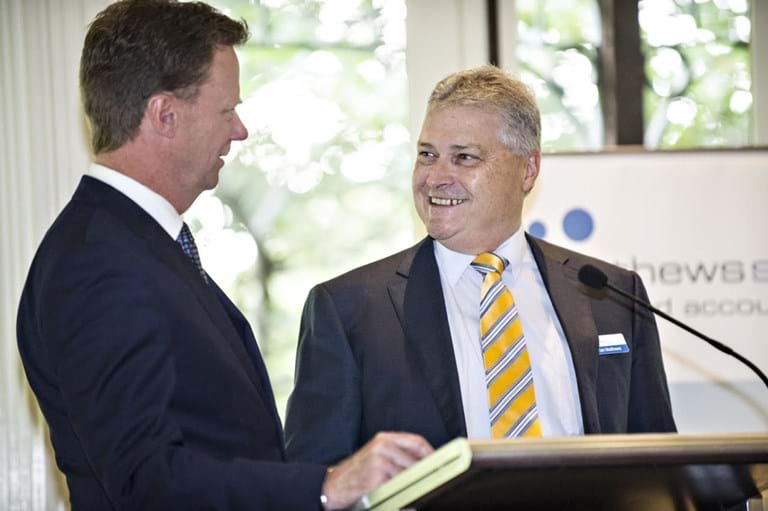 Our penultimate Matthews Steer breakfast for the year, ‘Unwrapping the future of the North West’ cast the spotlight on Melbourne’s North West – one of the fastest developing regions in Victoria. Changing at a rapid rate, the North West looks set for a bright future as our three highly accomplished speakers – Essendon Fields CEO, Chris Cowan, Peter Seamer of the Melbourne Planning Authority and the Commonwealth Bank’s Michael Workman – revealed.

The Essendon Fields precinct has grown from employing a team of 500 in 2001 to the current staff of 5,000 and was officially recognised by the State as an Employment precinct in 2014.

But what do the area’s exciting developments mean for local businesses and their affiliates?

Chris Cowan provided an insightful glimpse into Essendon Fields’ 10-year vision, which includes a proposed $500-million development to transform the site from general aviation use to a world-class business aviation and regional passenger airport with six ‘Centres of Excellence’. The development will include a 165-room hotel, 1000-seat event centre, 10 new auto dealerships, two new state-of-the-art aircraft hangars and a five-level commercial office building, as well as aviation and auto training facilities and a 300-bed hospital.

Peter Seamer focused on the growth of the North West region, zeroing in on particular areas of growth, infrastructure and construction. He forecasted an increase in apartment living and corresponding decrease in house blocks as population density increases in the area.

Michael Workman provided some valuable forecasting around the local economy, providing insight into domestic and global growth rates, consumer confidence and the market. He predicted a stabilizing or slowing of the Chinese economy but predicted that a new Chinese-Australian trade deal could marginally lift local investment, and improve tourism and trade.

Our guest speakers’ intimate knowledge of - and experience in - Melbourne’s North West made for an enlightening, entertaining and educational breakfast.